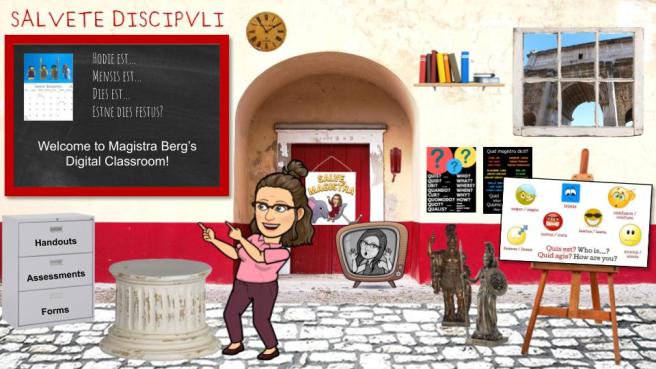 Target Goal: Students will be able to use Latin in order to make comparisons between the products and practices of their own and other cultures and to help them understand perspectives.

Essential Question: Who were the Romans?

Driving Question #2: Who was the ideal Roman?

Honestas: Roman heroes of the monarchy and the early republic
Target Structures: infinitives/uses of the infinitive

We will be learning Latin with comprehension-based strategies so that the language is accessible and compelling to all students. Students will acquire Latin to access the content of the course and to make the content their own.

The study of grammar, though not taught explicitly in class, will be covered naturally.

If your student enjoys or wants to learn grammatical terms and paradigms, I suggest the following educational video tutorials as additional educational opportunities.

These sites can be used for specific reviews of grammar during class and while at home: